Our Vacation from Travel

So, our habit of doing very little reliable research about a place before going there kind of bit us in the ass. Susie (the trusted navigator) decided that the border town in Guatemala woule be a good place to crash before crossing into Copan the following day. What I neglected to find out, was whether or not there was actually a town at all. We pulled up to the border at around 4pm, and saw only a cluster of buildings (most of which were photocopy shops, and administrative buildings). We asked the police man where the town was, and he informed us that there wasn't one. Oh crap, there goes our travel rule of not driving at dusk, or in the night. So, a late afternoon border crossing it was. I have since been demoted from trusted navigator to shady direction-giver. Luckily things went smoothly, and we were out of there in just over an hour. Next time, more research required.

We arrived in Honduras into stifling heat. After crossing the border, we bee-lined it for the bewpub near Lago Yojoa that we had heard about from some other travelers. Brewpub in the jungle? Yes please. We were able to camp there and sample beers that are many many shades darker than any of the other common local beers we have been able to get since Belize. We learned that the pub was originally set up by an Oregan man who recently sold it to another American expat, though a local guy (who had been the original owner’s right hand man, Rafael) now brews the beer. It was a cool little set up, with all the beer brewed in a climate-controlled shipping container. Of course we had to enjoy a few. It gave me some ideas for my future life in rural BC…

From the lake, we went north up to the coast, and stayed the night outside the town of la Ceiba. We had read in a guidebook that there was once a trailer park here, called Pelican’s Beat Beach Camp and Trailer Park. We read a bit about it on the internet, but found no recent information. Once we arrived at the spot, we were pretty sure the trailer park was not what it once was, but a very nice man named Arlington welcomed us and assured us that we could camp there, use the facilities, and store our vehicle while we were on the Bay Islands, all for the low low price of… a tip. He was extremely helpful, and the yard was meticulously maintained. It is just steps from the beach, and adjacent to some sort of tennis club. We were glad to find it.

With Phyllis safely stored, we hoped on a boat and arrived on the island of Utila. The boat is a giant catamaran, crossing a rough section of open ocean, very quickly, with windows too high to see out of. Needless to say, I looked green upon exiting the boat, but was happy to be on the cute and picturesque island of Utila. Immediately after stepping foot on the island we knew that most tourists were there for the same reason as us, to dive. The many dive shops on Utila are competitive with one another and try to snipe each other’s business by harassing newcomers immediately off the boat. We warded off their advances, and shopped around. Found a sweet deal and hooked up three days of diving. We got to check out some amazing coral, some interesting underwater caves, reef fishes of all kinds, turtles, rays, coruscations, and many other critters. Because we went with one of the more budget dive shops, our rickety little boat did experience some troubles. Our second day of diving the boat broke down, and we had to get a tow from one of the more upscale dive resorts. A bunch of young budget travellers on board our boat, and a bunch of older rich folks on their fancy dive yacht. We were still happy to be on this end of things... it added to the adventure. Diving is so much fun. When we boarded the boat back to La Ceiba, both of us were missing it already. We have already made plans to dive in Panama, and in Colombia. Since we don’t have an underwater camera the pictures from this section of our trip are sadly lacking.

We found Honduras much less travelled than other places we have been so far. Though people everywhere were helpful and gracious, some of the inland towns were almost uncomfortable due to the level of attention we received walking down the street. The country is noticeably more divided in terms of concentrated wealth, and sections of poverty, as well language and culture. English is predominantly spoken on the Bay Islands- the tourist focus and wealthiest region of Honduras. All told, Honduras was our little vacation from travel, a place to chill out and soak up the sun in one spot instead of making time and distance.

Next, we are headed into Nicaragua where we will see the Pacific for the first time since the Oaxaca coast in Mexico. We will check out the surf, and have some beach time before the end of this leg of the journey. 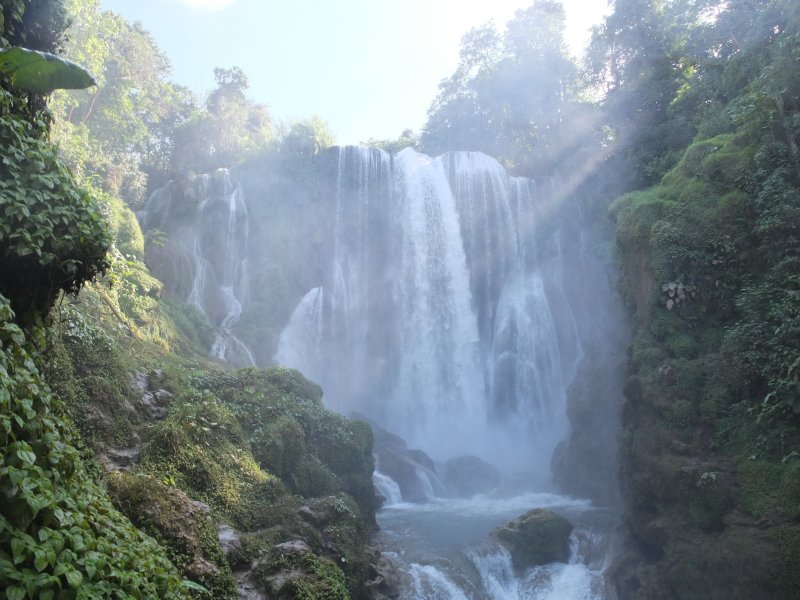 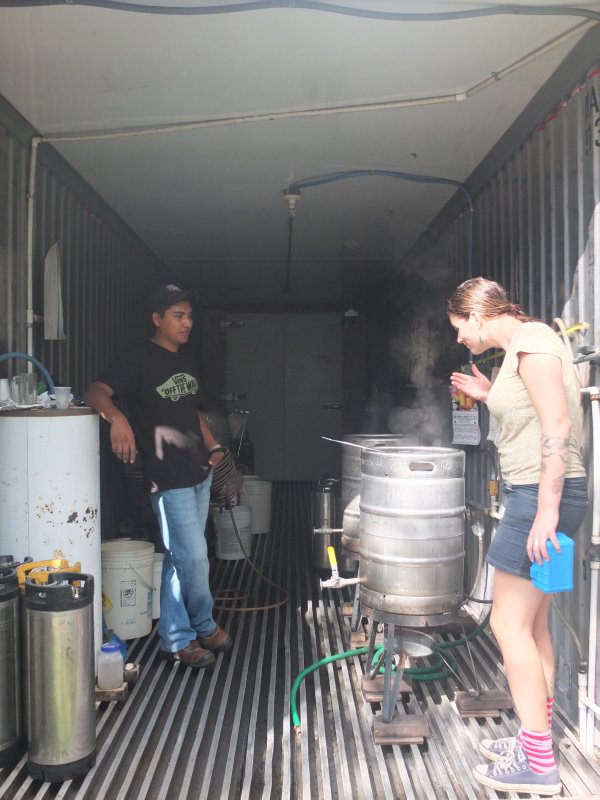 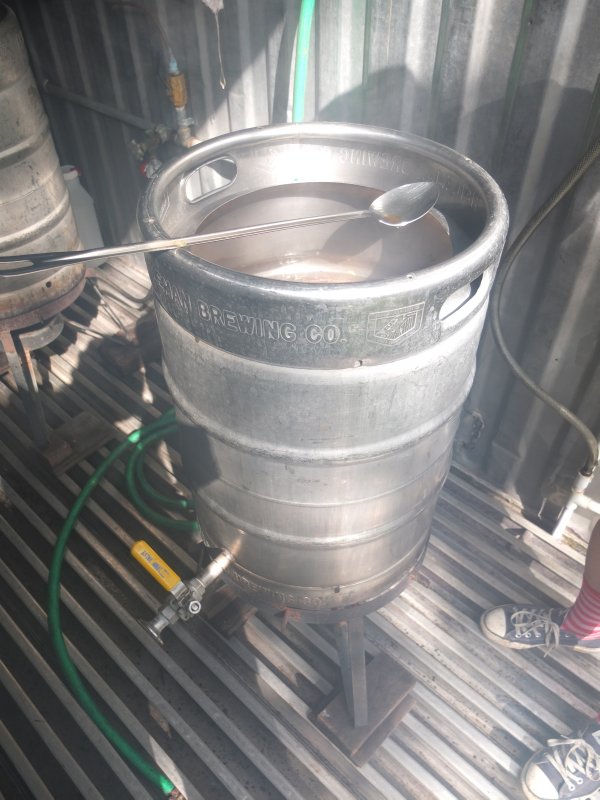 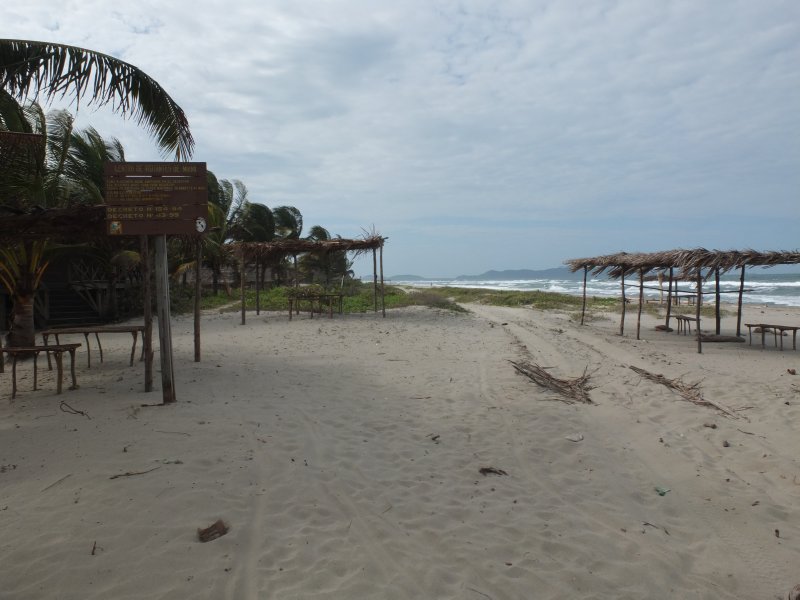 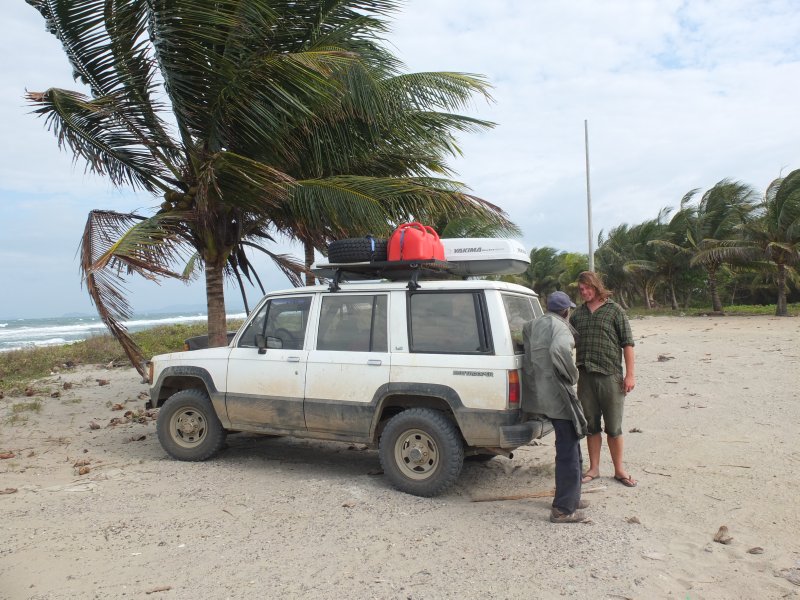 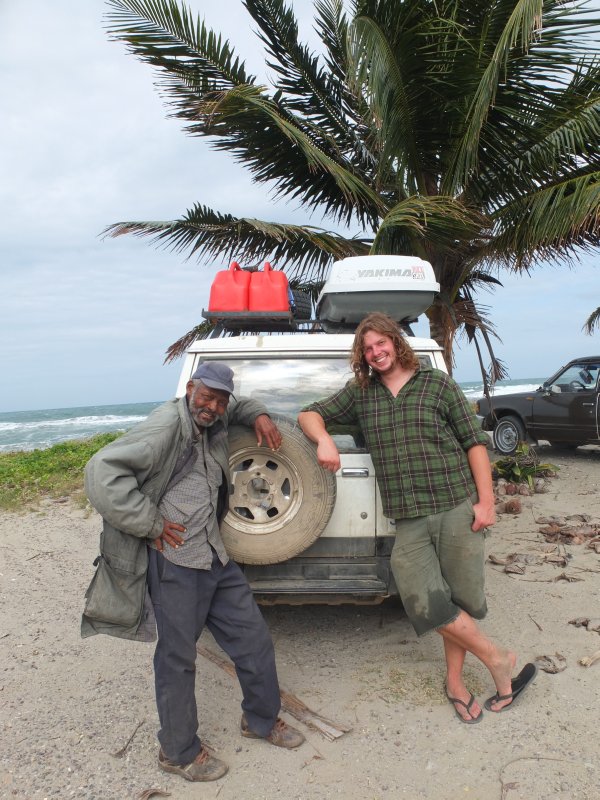 It has now been 25 days since we crossed into Guatemala. Our Guatemalan experience was full of ups and downs, starting with the very first day. We rolled into Tikal hoping to head to the ruins. When we got to the gate of the park; Phyllis started stumbling and eventually refused to move. We spent a few hours trying to locate the source of the problem, including changing the fuel filter, draining the tank and trying new gas, and everything else we could possibly think of. Nothing worked. The next morning we got a man in a pickup truck to tow us to a mechanic where we spent most of the morning getting our fuel pump changed. (Luckily we had a spare on board). This whole operation cost us 150 quetzals, equivalent to less than 20 US dollars. That’s good value.

While we were already in the town of Santa Elena, we decided to get a few other of Phyllis’ quirks looked at. We ended up meeting a very nice mechanic, and hooked up a deal to add an extra leaf spring in the rear to compensate for the heavy load. We were quoted two hours of work. After 6 hours of three men working busily on our car, in a ditch on the side of the road, it started to rain hard. Paul broke out the headlamps once the sun set, hooked up a rudimentary tarp shelter, and the men continued to work with questionable concern for detail. We drove away that night glad no one got hurt, and that our truck seemed better. We did in fact make it to the ruins the next day.

In addition to cheap mechanics and ruins, Guatemala has incredibly rough secondary roads. Some of them were more akin to single lane goat tracks than roads. We were always amazed to see busses tackling some of the toughest routes. One of the roads we took had recently been displaced by a large landslide. Another “road” included several kilometers of very large, loose cobble rocks which were incredibly steep in places. A by-product of the roughness is that our exhaust broke off. When we rolled into the town of San Pedro de la Laguna, locals covered their ears as we rambled up the steep cobblestone streets. As a courtesy, we got it fixed poorly but cheaply.

We traveled some on the main highways as well, where we were passed by almost everyone. The public busses (known as chicken busses) haul ass on the highway. They don’t look fast, being painted up school buses, but we learned very quickly not to pass one as it slows (not stops) to pick up or drop off passengers. Apparently these busses are bought in the States and imported to Guatemala where the engine is swapped for a huge twin turbo diesel. Competition between busses is stiff so the drivers race one another to pick up passengers first, making more money the faster they go. People jump on and off while the bus is moving and there is often a man riding on top of the bus sorting peoples' luggage while it whips along at dangerous highway speeds.

We spent a bit of time in San Pedro, where we caught up with some friends we had met in Belize. We explored around Lago Atitlan, taking boats around to some other communities, but had to take it pretty easy once Paul came down with a nasty cold. While Paul was recovering, Susie hiked up the San Pedro Volcano. It was a tough climb, but worth it for the view.

Our last days in Guatemala were spent heading north toward the Carribean. We crossed the border in El Florido and made our way up to the coast. Here are some photos from along the way. 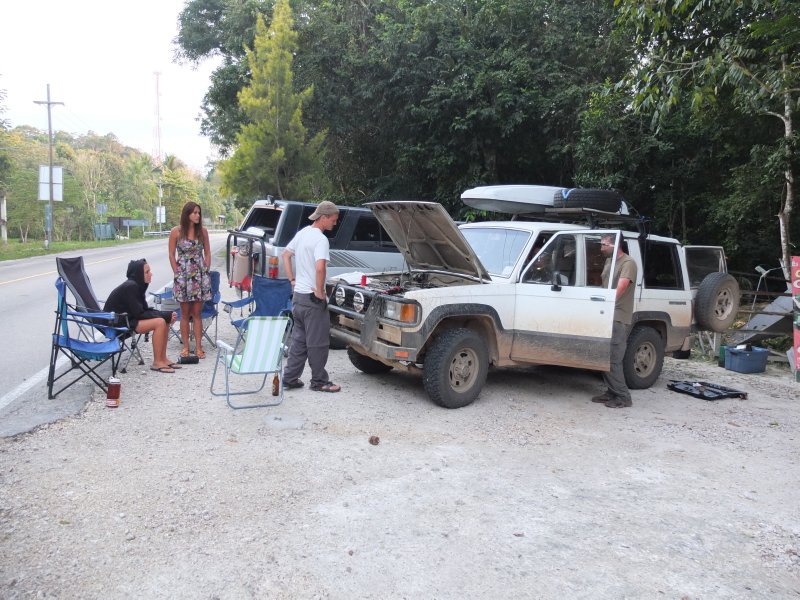 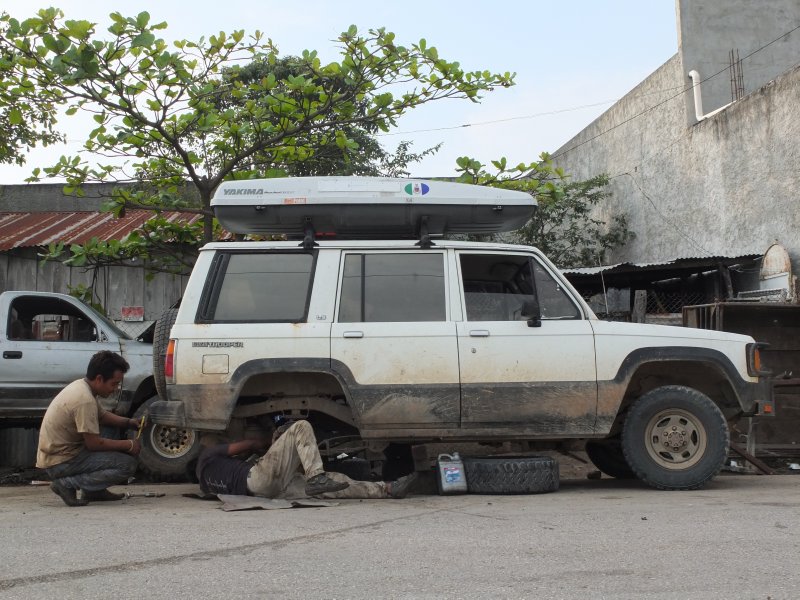 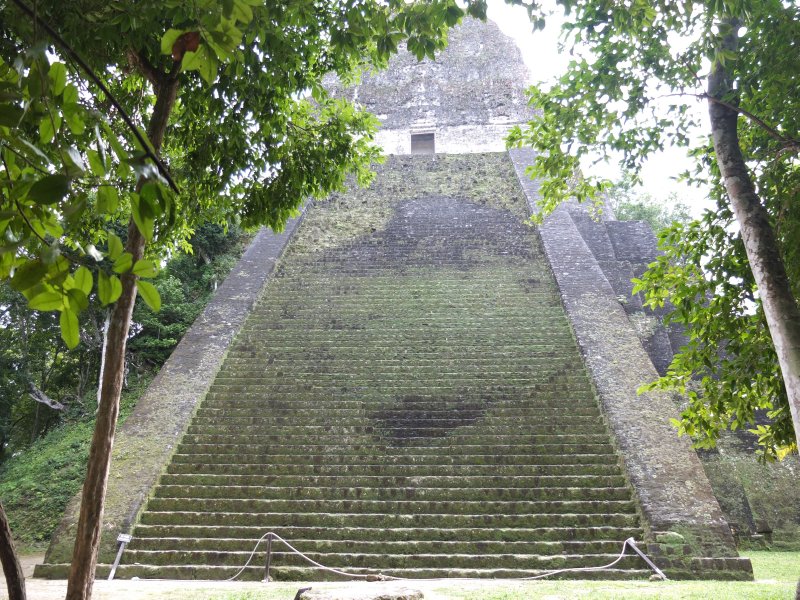 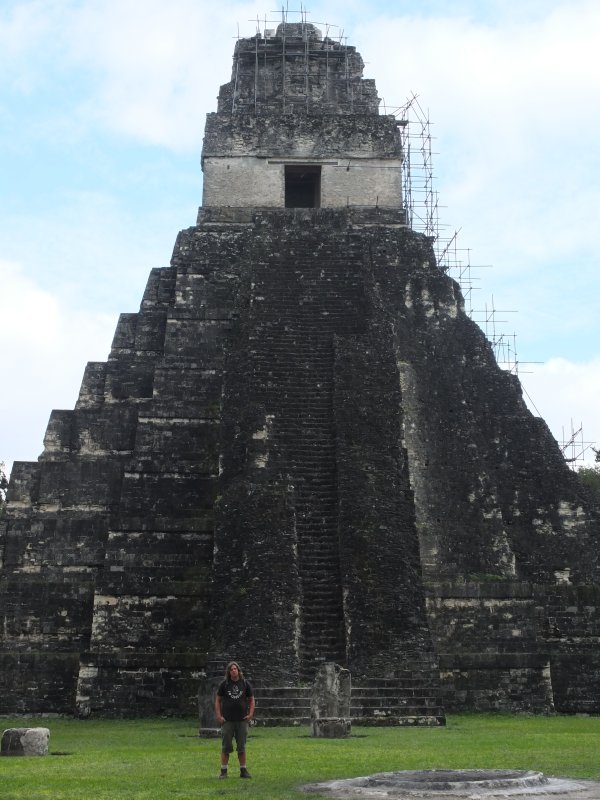 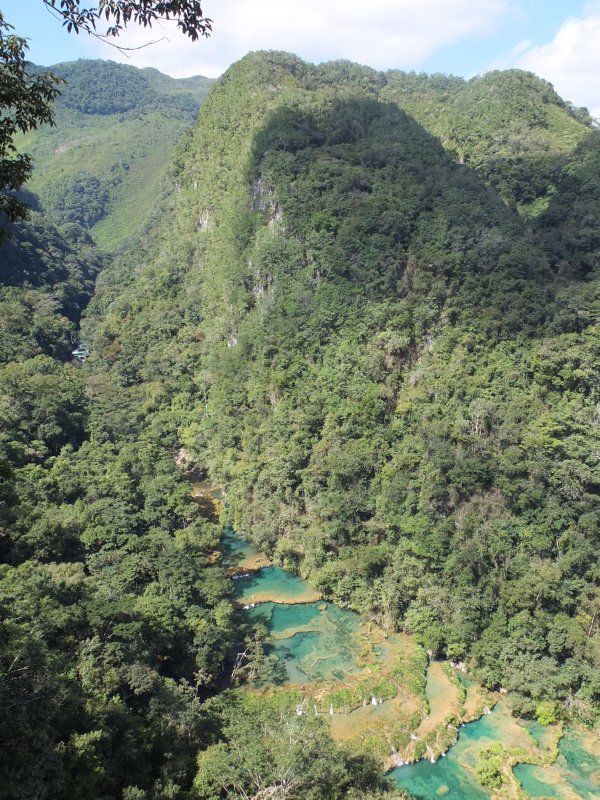 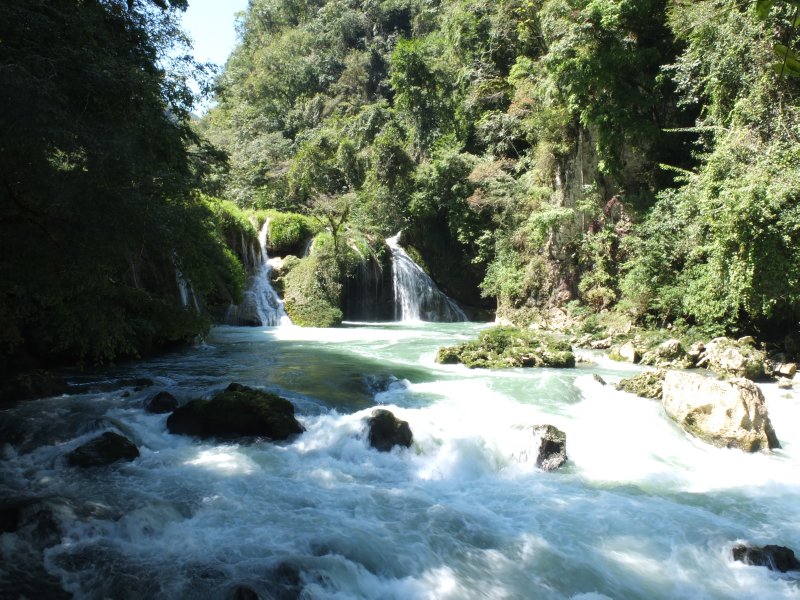 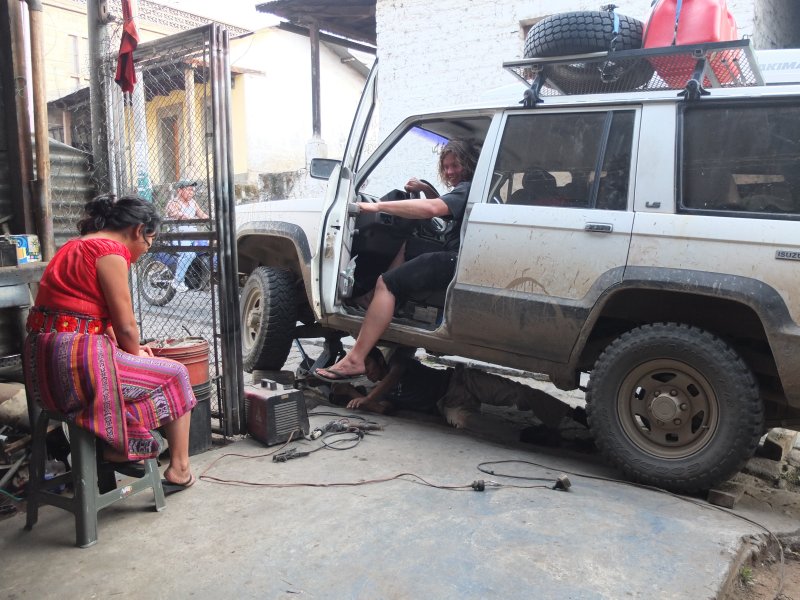 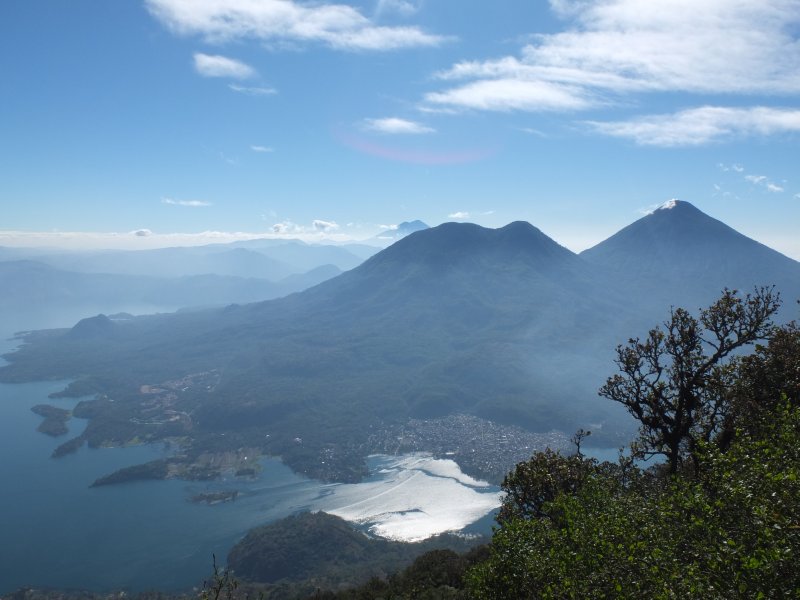 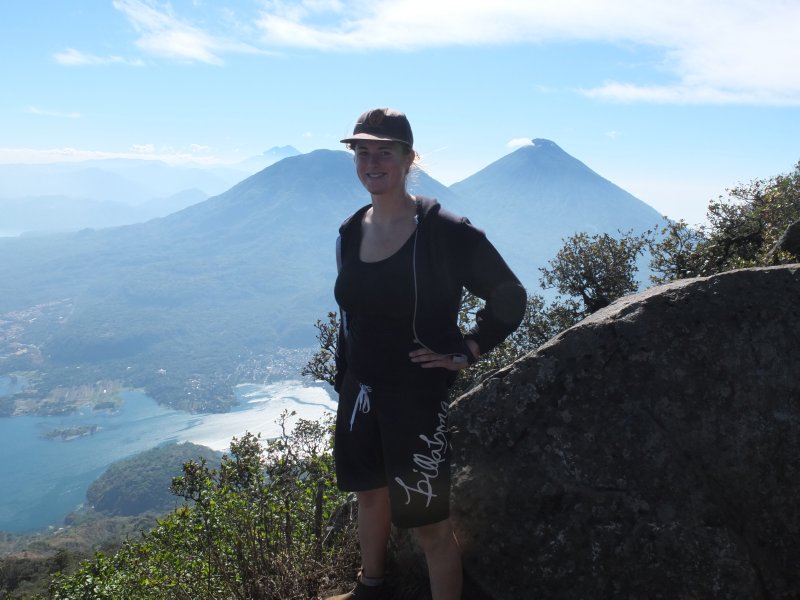 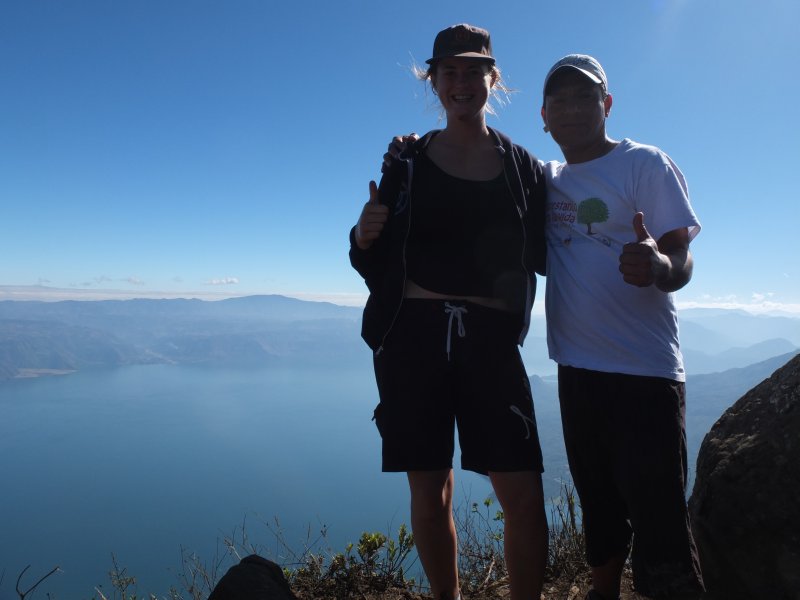 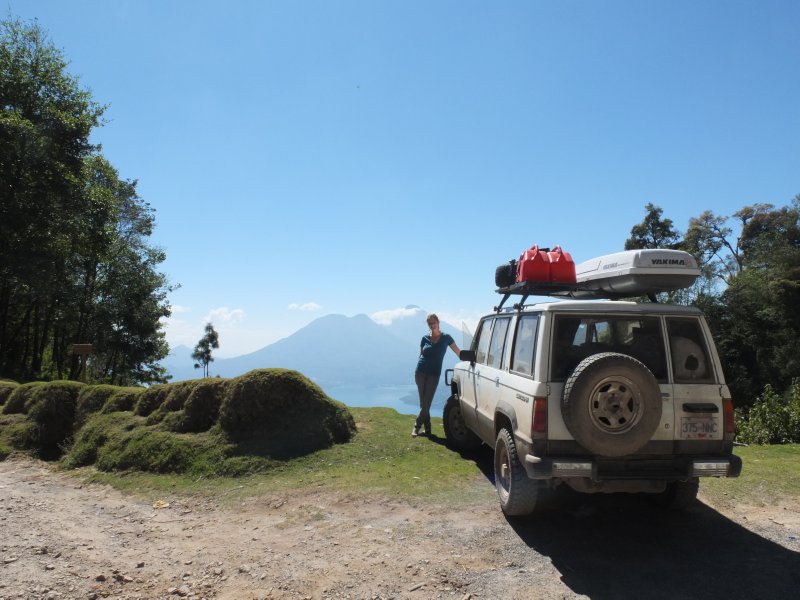