The strange and amazing camping experience.

So this is a little late since we have been in Mexico for several weeks already, but I wanted to post some pictures of the most random and whimsical camping experience we have had yet.

After consulting a free camping website, we found a spot inland in southern California near a town called Niland by the name of Slab City. If you have seen the film 'Into the Wild' you may be familiar with the spot. It is a random spot in the desert with a bunch of people living for free in an ecclectic spontaneous community that attracts a pretty full spectrum of people. It is kind of like burning man that never ends (minus the burning of the man).

We rolled in, following a mustang convertible with six hippies (plus gear and musical insrtuments), and set up to find out that Slab City has its own radio station, cafe, bar, book exchange, Holy site (salvation mountain), pet cemetary, and welcoming committee. The 'town'is a plowed down military base in the desert, of which only the cement slabs are left. Many people set up and live in school buses, RVs, and other mobile accomodations.

After wandering around (and being threatened by many angry dogs who were luckily chained up) we decided that it is a bit like a microcosm for a bigger city. The inner city, which once bustling and busy, is full, almost exclusively, of young crusty punks. There is a lot of trash left behind from likely many decandes of people living in mobile rigs. People in fancy larger RVs have expanded to the outskirts of 'town'.

It was a real interesting place to spend a night. I would not hesitate to return with an open mind and a lot more time.

Here are some photos of Slavation mountain and Slab City: 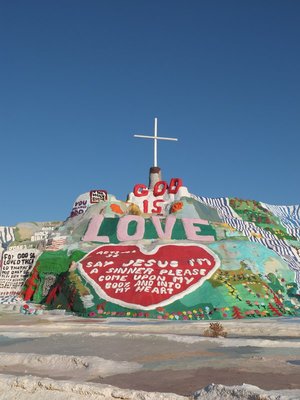 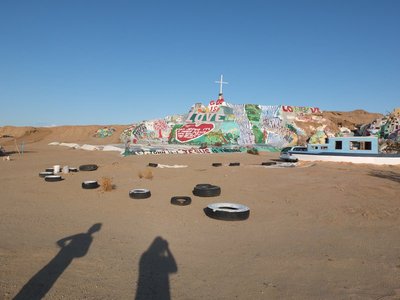 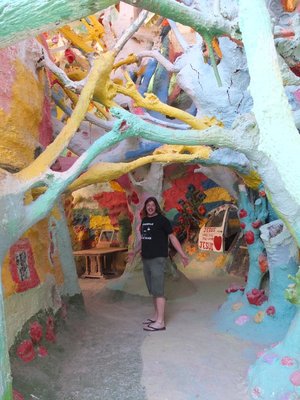 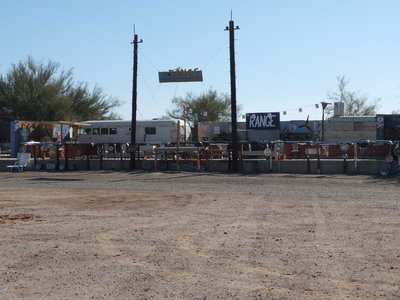 Our last few days in the States.

We are still not into Mexico, but plan to head out tomorrow morning. Lots of preparing in terms of gear, insurance and all the rest. Over the past couple of days we have been staying outside of San Diego in a community called Chula Vista. It has been tricky navigatnig the inerstates, but we are finally starting to get a handle on the city.

One thing we did not expect to experience was the infamous 'Black Friday'. Canadians don't really do this in the way Americans do. Basically, people line up and start shopping for deals at midnight on the Friday after Thanksgiving. It is total chaos in malls, box stores and basically all shopping outlets. Paul and I stopped at the Target (basically an American Zellers) to pick up some items and found ourselves in the middle of the works. We escaped, and then managed to have more bad luck when Phyllis, our Trooper, wouldn't start. People were lining up for our parking spot and we were frantically trying to get her moving. After a lot of stress and a few phone calls home, Paul managed to diagnose the problem- a worn wire to the fuel pump... needless to say I will not be shopping on Black Friday again. I suppose it was karma.

While in San Diego, we have also met up with half of the team that runs the website drive the americas . Chris and Kristen were lots of fun when we met up with them for pizza and beer. We previously met Tom and Kelsey, the other half of the team, in Vancouver. This website is a super helpful forum that connects people who are roadtripping in North, Central and South America, and helps people with information and advice about trips. It's a pretty good site to read if you ever have an interest in any pan-american travel.

South through the USA

A lot has hapenned since our last post. Paul and i are now in the Southern United States. We are in the Pheonix area soaking up the sun before the next leg of our trip down the Baja peninsula. The American portion of the journey has been surprising and beautiful.

We crossed the Canadian-American border into Roosvelt Montana (just south of Fernie) and caught the first snowstorm of northern Montana's fall. I(having not travelled much in the US) noted quickly that each gas station in Montana seemed to be attached to a casino and sell delicious micro-brewed beer. Many other Americanisms amused my Canadian self as we made our way south through Idaho on the secondary Highway #93. The snow followed us into Idaho at higher elevations, so we bombed through in search of warmer weather. 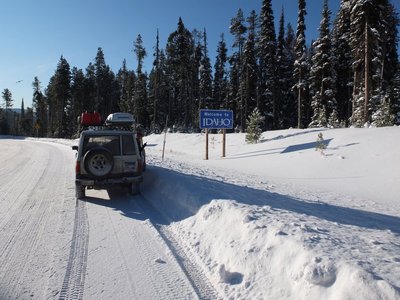 We crossed into Nevada in a town called Jackpot. Having never been to the central United States before, both of us were intrigued by the hoodoos and cliffs of the Nevada and Utah desert. We left highway 93 and headed into higher elevation. With the higher elevation in Utah, we found Bryce Canyon's incredible geographical formations, as well as cold weather and more snow. 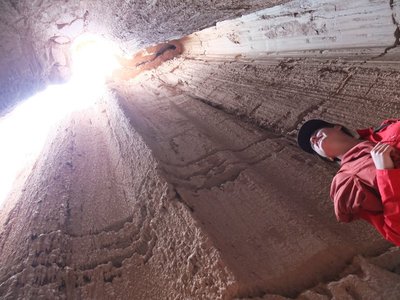 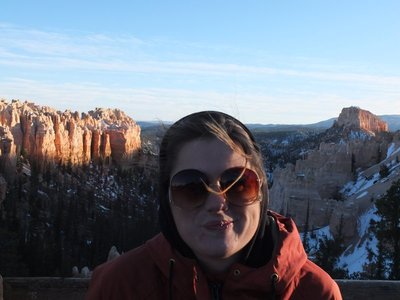 After Utah, we headed into Arizona. We decided to check out the Grand Canyon (being such a legendary spot) and were completely blown away. The sheer size and scale of it is enough to impress anyone. From the canyon's North Rim we were not able to see the Colorado River, but caught a glimpse of many mountains and additional sections of the canyon's vast expanse. I recommend checking this out at least once in your lifetime if you ever get the chance. 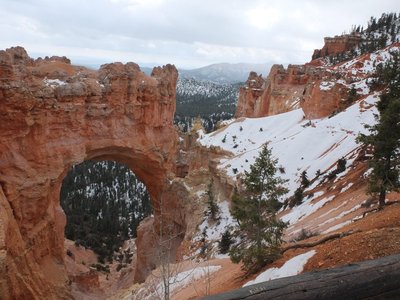 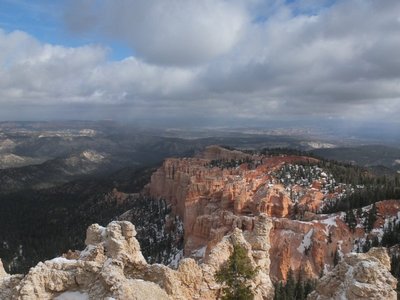 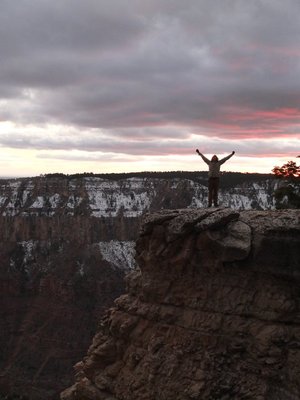 We continued south through Arizona driving through the Navajo Nation to arrive in the town of Flagstaff. Flagstaff is immediately identifiable as a progressive student town with a bit of a hippy vibe. We ate good food and continued on to stay with my aunt and uncle in southern Arizona. 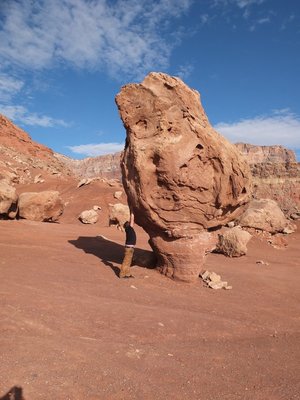 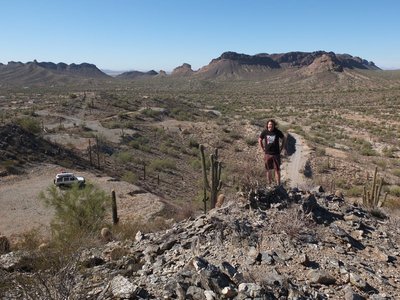 I can't forget to thank the people up north who put us up in Dawson City. Bobby and Julia showed us around and made our time up there a blast. I promise to update again soon. Wish us luck on our USA- Mexico border crossing.