After gorging ourselves and becoming acquainted with the Argentinian Malbec and Torrontes, we crossed into Chile just north of Temuco. We headed to the city to get some money, food and car parts. When taking out money, I usually search for familiar banks, so I went to the Scotiabank to take out Chilean pesos. I inserted my card, and tried to take out a few thousand pesos… no luck. I tried another lower amount, and the screen came up with the disappointing and slightly horrifying message ‘your card has been captured, please contact your bank.’ It was a pretty damn funny print out, though extremely annoying. I have used so many different machines in so many different countries, I was taken aback to have a Canadian bank ‘capture’ my card in a country as developed as Chile. Basically after a lot of dramatic phone calls to both my credit union in Canada, and the independent company that runs the ATMs, my only option was to return on Monday morning when the bank opened to retrieve my ‘captured’ card, and to alter our travel plans. It really made me realize how much I rely on a single piece of plastic for all of my financial needs. It is a little unnerving. My new rule is to only take money out when a bank is open. When I travel again, I will be sure to either have multiple bank cards, or two different bank accounts.

The hiccup in Temuco only cost us two days, which actually turned out the be two of the most beautiful and remote days we spent in Chile exploring some of the less populated lakes and camping for free. It was a nice change to be out of the desert and into the lush rainforest again. I noticed that a lot of the plants we see down here are similar to, of not identical to, ones we see at home. The decorative ‘monkey puzzle trees’ people are planting on Vancouver island grow wild here, and are pretty bizarre to see in forests. Chile’s lakes district is stunning. It is overlooked by volcanoes, and characterized by clear water and lush forests. Not only the plants seem familiar, but the weather is wet and mostly temperate. We found ourselves lakeside with a coastal storm rolling down the valley thinking about how much we were reminded of the Cowichan Valley on Vancouver Island.

From the lakes district, we headed south to the coastal city of Puerto Montt, and straight onto highway 7, the Carretera Austral. We had been hyping this part of the journey up for a while, and once we started out, we were pretty amazed at how much it seemed like home, minus commercial logging. The highway is connected with many ferrys and runs the length of the coast until it dips into the mountains. The ferry rides are slow and beautiful, and connect the inlets and fiords that line the coast. It is quite scenic, though not as remote as we had envisioned. We were still able to find internet, fuel, and groceries all along the route. It was mostly under construction, and I assume, before too long should be fully paved.

One thing about travel in Chile that differs from everywhere else we have been is- PRICE. I try not to be the cheap ass traveler who misses out on things based on what I think they are worth versus what is being charged, but Chile is prohibitively pricey for budget travelers. There are good deals to be found- lots of German immigration means delicious and cheap sausages- but fuel peaked at 2$/litre, and was consistently over 1.75$.

Once deeper into the Austral, we headed for some national parks. We did some hiking in the recently reopened park of Pumalin. This park was closed for rehabilitation after a volcanic eruption damaged most of the park’s flora and part of the neighbouring town. It is owned privately and meticulously maintained. When we got to the top of volcan Chaiten, we saw the still steaming crater, and the aftermath of the destruction caused by ash. It looked like the remnants of a forest fire minus the tree scars. We also hiked up to a pretty damn sweet viewpoint to see the ventisquero Colgante where huge chunks of ice are breaking off into the waterfalls and the lakes below. It is one of the coolest things I have ever seen. The hiking is pretty all time here. If we had a little more time and a lot more motivation we might have been here for months. 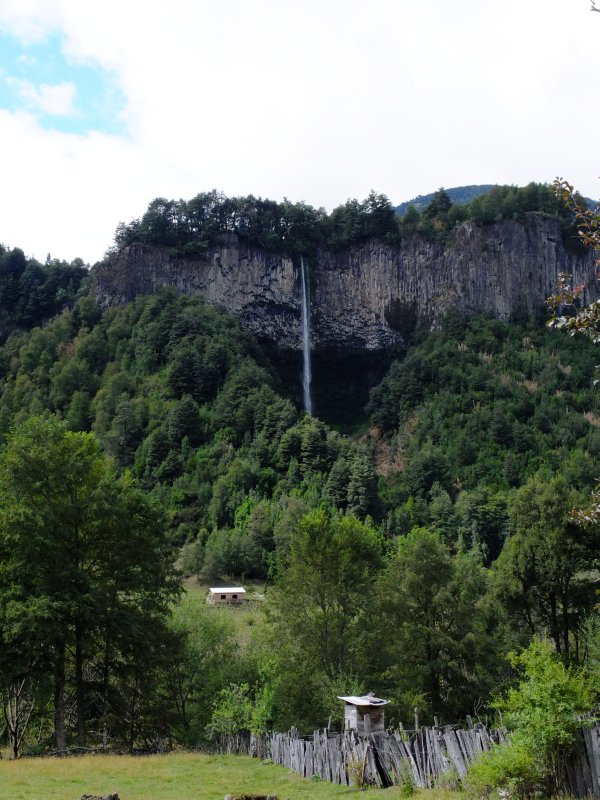 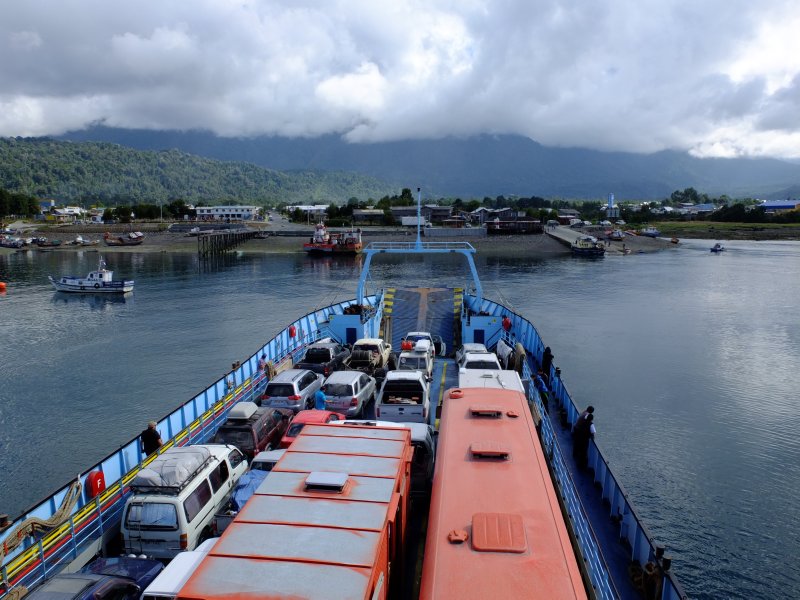 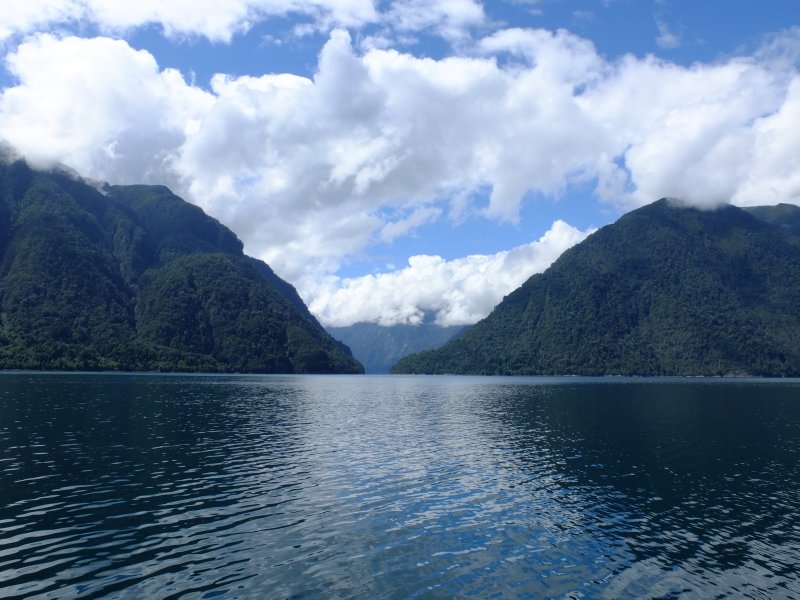 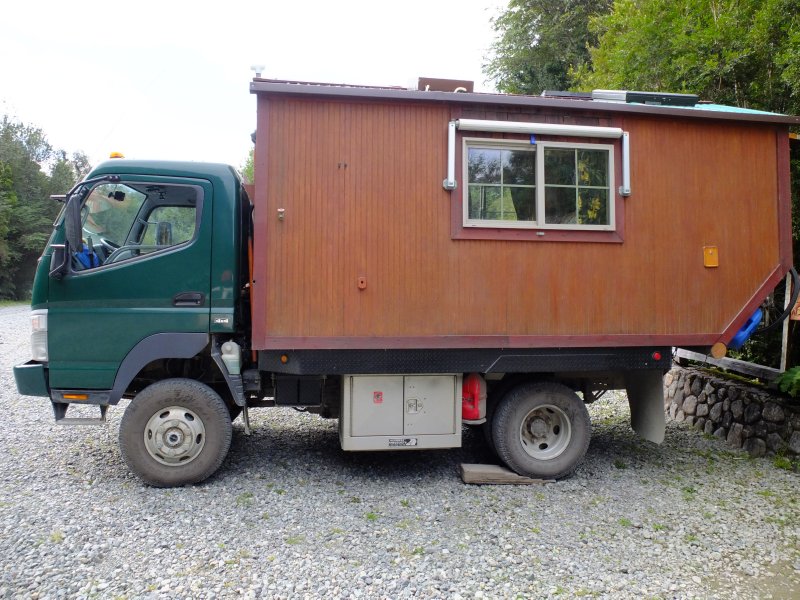 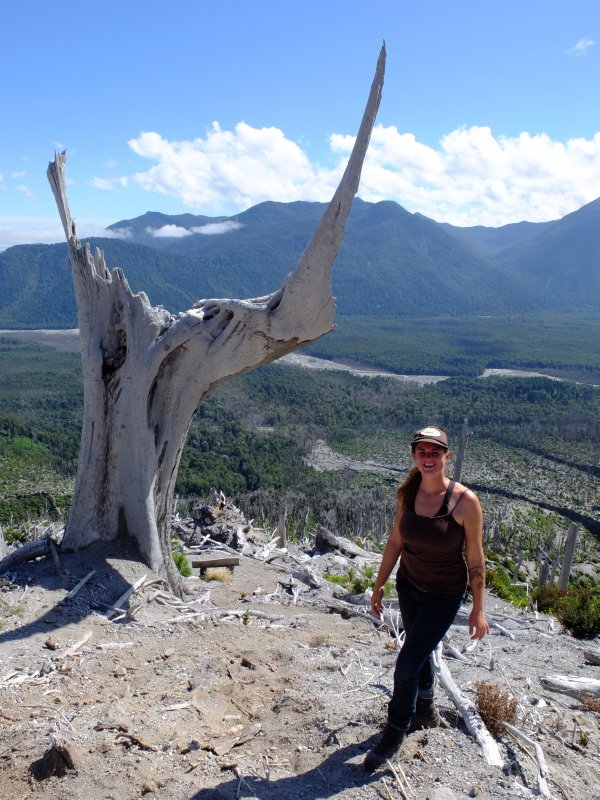 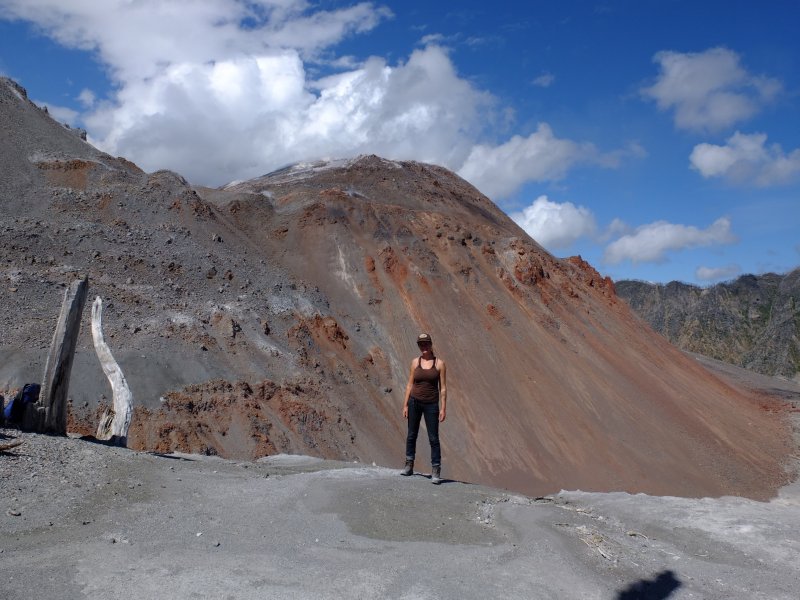 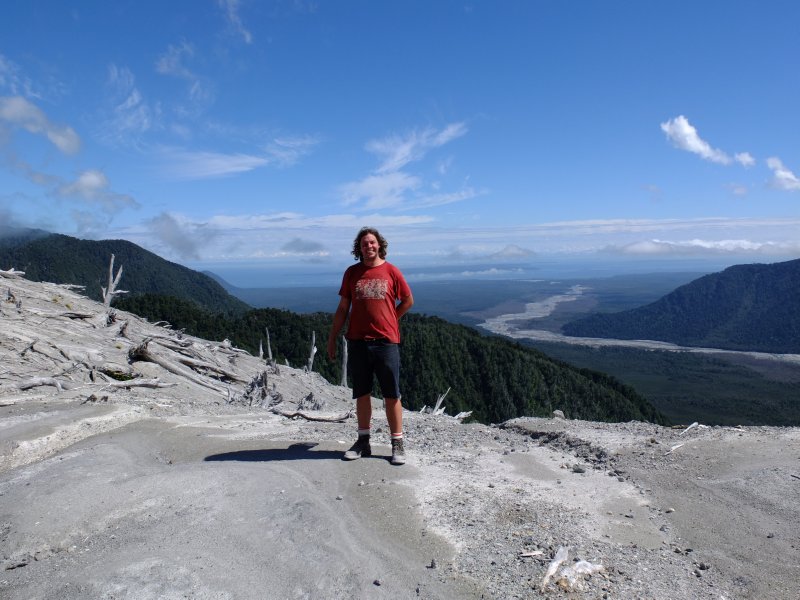 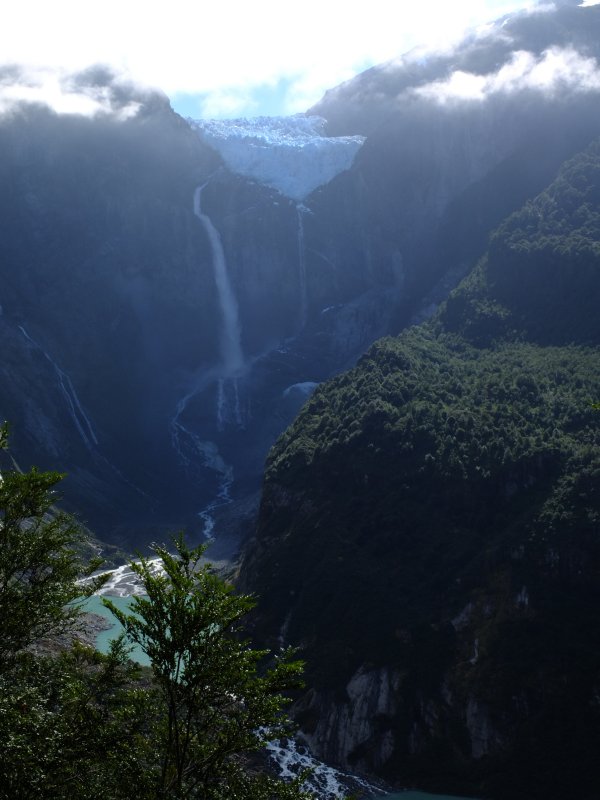 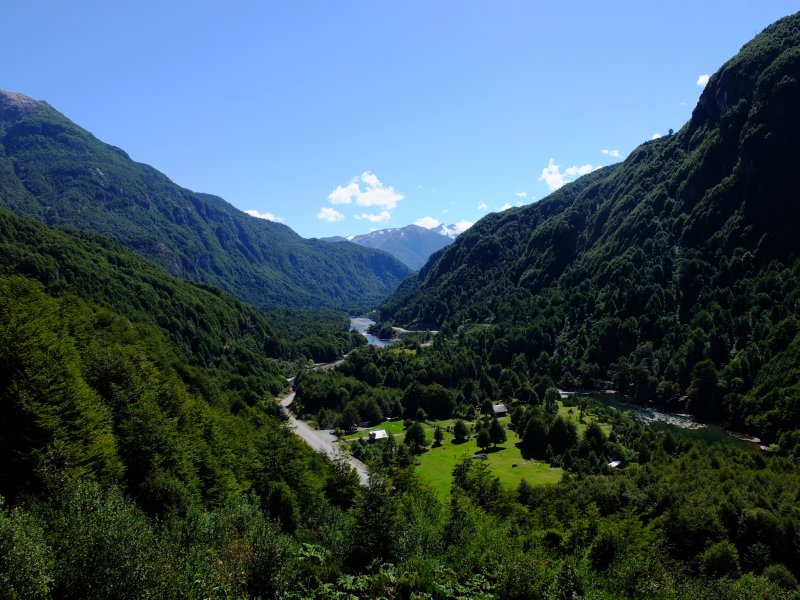 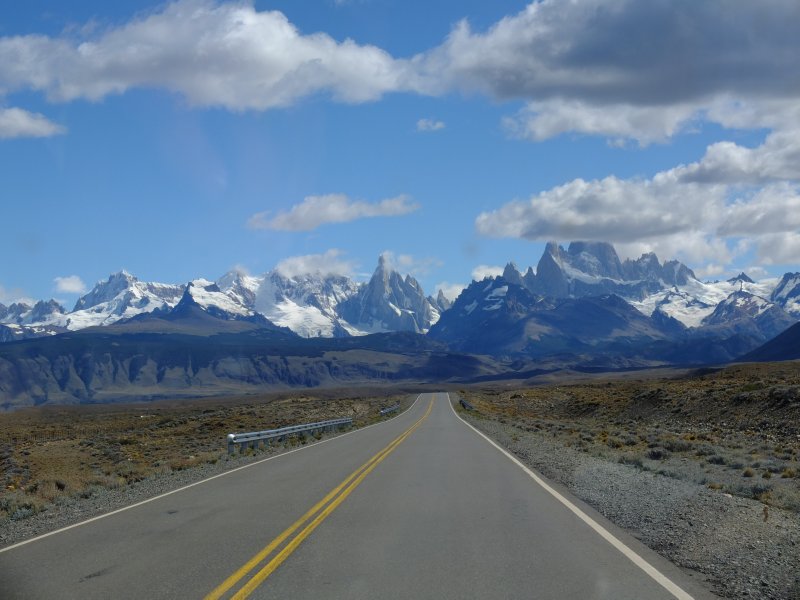 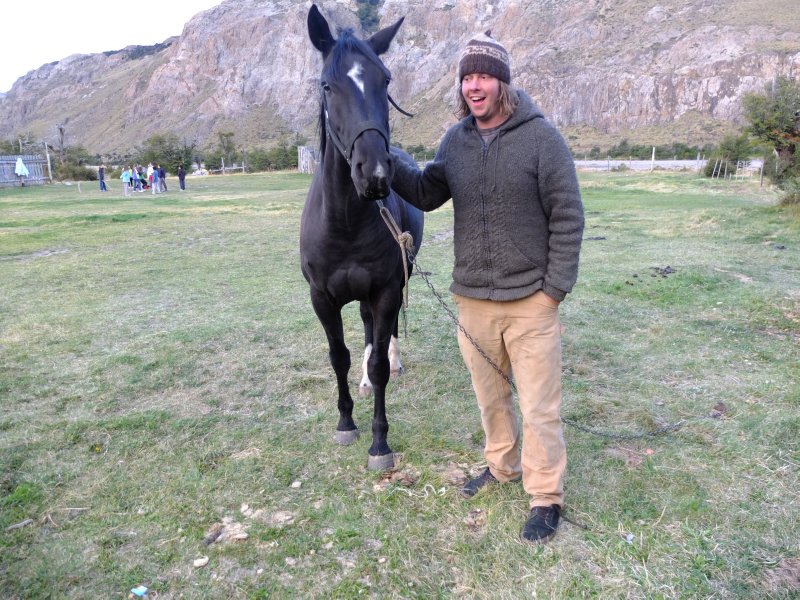